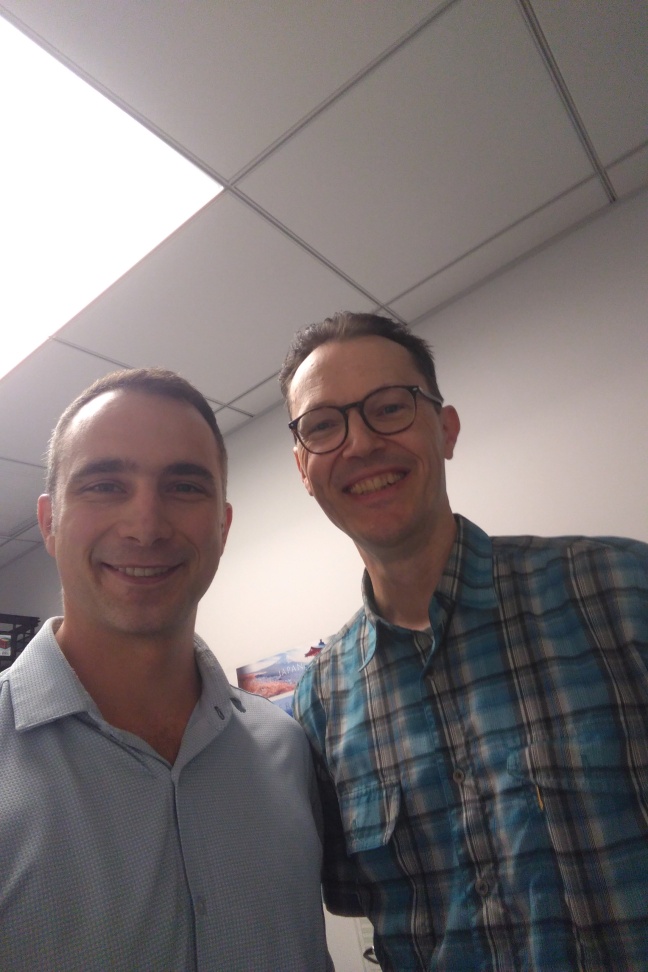 Today I’m kicking off a new series tentatively called the Not Unreasonable Book club to be co-hosted with Steve Mildenhall (who is running for the board of the Casualty Actuarial Society, so vote for him!). Steve is an assistant professor at St John’s University’s school of risk management and former head of Analytics at Aon Re. Steve’s an all-around smart dude and I’m looking forward to learning from him and hopefully disagreeing once in a while!

On Radical Markets: Uprooting Capitalism and Democracy for a Just Society by Richard Posner and Eric Glen Weyl

Steve: The basic idea was that you have a wealth tax that would be a self-assessed so you would post your reservation price on assets you own particularly property and you would be taxed according to that to that value but if someone else came along and they wanted to buy it they could buy it at the value that you had posted it

Steve: yes, it’s kept you honest in your assessment.

Steve: It’s a way around eminent domain problems and hold-outs against construction. If you’re bought every other house along the Train or the right of way or whatever and you know this would be a way of ensuring that those projects that would maybe have a greater of social value would be able to proceed.

David: what do you think about the argument?

Steve: I mean it’s I like it’s concept it sounds great

Steve: it is cute. As someone who lived in the same house for 25 years and had an unreasonable attachment to, I didn’t like the idea that someone could come along and just move me out of my house. I did think they missed a couple of points. Presumably if I could post a low price, they could post a price and I could just buy it back. It would be like sniping on eBay auctions where you’d have your listed price and in the back you’d have an actual price you’d bid up to. So it would be a more complicated market than they described. The piece that I struggled with was that they identified the use with the highest value as the use to which the use to which the person who’d be willing to pay the most would put the property and I don’t think that actually is true.

Capitalism without Capital: The Rise of the Intangible Economy by Jonathan Haskell and Stian Westlake

David: one of the ideas that I just love thinking about is the idea that intangible assets have increased as a share of total assets.. insurance companies are maybe not a great example because they’re entirely made of intangible capital..

Steve: The cash is the only capital. This is an interesting discussion. It comes down to when a you set up an accounting standard which is what we’re talking about here is what is the objective of the accounting standards and therefore what should I count an asset. And if you think about insurance companies, statutory accounting is around ensuring that claims are going to be paid and so can only count assets that can turn into Cash. If that asset that is not going to turn into cash it shouldn’t be on the statutory balance sheet…

David: Let me go back and try and defend my view that insurance is entirely intangible assets…

The Theory of Risk Bearing: Small and Great Risks by Ken Arrow

Steve: Arrow’s paper has a number of implications for how risk should be shared and what is paper says is risk will end up being shared through a large number of bilateral contract and the net effect of it is that all risk will be thrown into pool and then everyone will Quota Share the pool. And if you do that all of the diversifiable risk has gone away because all the risk is in the pool and you’re just left with the systematic risk ‘what’s the size of the pool’ is the only risk variable that’s left.

David: the only variable that should inform pricing.

Steve: Risk, and people.. sort of the share can come back is inversely proportional to my risk aversion so if I’m more risk-averse I’m prepared to accept a smaller share back in exchange for having gotten rid of all of the risk, right. Less risk averse people will take greater share of volatility. And this was Arrow’s theory that risk was implemented through Arrow-Debreu securities which you may have heard of, which pay $1 in one particular state of the world. So that’s the most fundamental insurance contract if you will and from that I can price any security because any Security is just a combination of these fundamental Arrow-Debreu securities. So this is a wonderful theory when it all works kind of nicely.

David: Except it doesn’t

Steve: It works nicely in theory, I should say. So Ken Arrow’s observation around this is well there should be a lot of risk sharing going on and we also noticed that there’s no place for an insurance firm is in this Arrow-Debreu world… and yet we see them everywhere.

The Nature of the Firm by Ronald Coase

David: An interesting paper that won the Nobel Prize I think in economics which was amazing really for another really short paper and easily readable paper written in 1937 still resonates today. And the question is why do we have firms at all in any industry because if the market mechanism allocates things efficiently to your point there I think but I don’t know if arrows theorem had been.

Steve: It was afterwards.

David: It was afterwards, but we’ll just take it for granted that the economic economic allocation of resources is efficient because of market transactions because you have the price system that governs the value and Ronald Coase says why the heck do we have companies then because companies are not markets they are command and control organizations where you have a CEO telling somebody else what to do and they do it and there’s no price transaction between them.. why? Steve, why don’t you give us the answer.

Steve: [laughs] So the argument against command and control is a sort of amusing everyone looks at the government and oh, the government is necessarily going to be inefficient and stupid at doing things it is so amusing to me or ironic maybe the better would that the theory that sealed that came about just after the second world war that was won entirely on a command-and-control basis.

David: Sure, militaries are the original corporation.

Steve: Governments get this bad rap, but what’s the difference between working in a government and working in a firm…

Do listen to the whole thing!

Many thanks for Steve and feel free to email me with ideas for books we can cover in future episodes at david@notunreasonable.com.

Are you an actuary? Someone you know? Check out the Not Unprofessional Project, for the price of a CAS webinar you get unlimited access to content dedicated to Continuing Education Credits for Actuaries, especially Professionalism credits. CE On Your Commute!